Here are our alumni who did just that:

Get to know 16 women scientists at the University of Texas Health Science Center at San Antonio (UTHSCSA) and learn what inspired them to follow their passion and pursue a career in science. 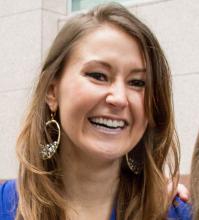 Four Generations of Medicine – It's in Her DNA

Rebecca Thompson graduated from McGovern Medical School at The University of Texas Health Science Center at Houston (UTHealth) in 2018. The calling came a little later for Rebecca, age 32, who previously pursued a career as an engineer before realizing that medicine was in her blood, too. She followed her passion and continues a four-generation-strong family legacy. 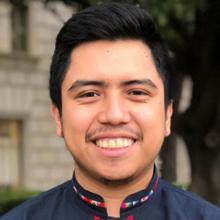 Don't Give Up and Stay Humble

Jesus Castellano, who graduated in 2018 with an economics major in the College of Liberal Arts, is the first person in his immediate family to attend and even apply to college. Castellano talks about his transformative experiences at UT Austin, as well as looks ahead to his new position at Google in Ann Arbor, Michigan. 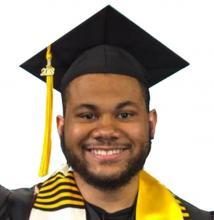 Lawrence Garvin, II, talks about how his dream of playing football for the Longhorns changed when he discovered the world of neuroscience. Having graduated from UT Austin in 2018 with a degree in neuroscience/premedical from the College of Natural Sciences, Garvin still loves football, but his goal now is to be a pediatric physician "who works to give back and mold the next generation of physicians and health care professionals." 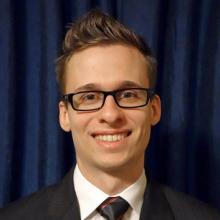 James Griffin graduated from UT Dallas in 2018 with a computer science degree from the Erik Jonsson School of Engineering and Computer Science. That same year Griffin was one of 10 students nationwide to win the OZY Genius Awards for RamifAI – an artificial intelligence-based college advising app that can analyze student transcripts in order to generate degree plans tailored to the individual student. Griffin credits UT Dallas' computer science department, business advisors, and administrators for supporting him. "RamifAI would not exist if I were not at UTD." 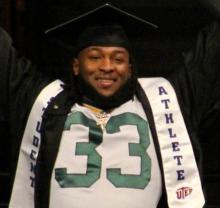 This Time a Running Back Receives a Diploma as a Handoff

Aaron Jones, who was UTEP’s all-time rushing leader, is now a running back for the Green Bay Packers. He returned to UTEP to earn his bachelor’s degree in Multidisciplinary Studies, graduating in May 2018 along with 40 other athletes who earned a myriad of majors, including International Business and Finance, Microbiology, and Math, to name a few. 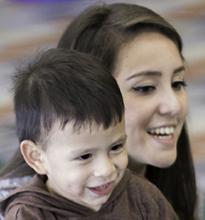 Diana Rodríguez thought she wanted to be a psychologist with a PhD, but her plans took a turn. This first-generation UT Dallas graduate (2017) is headed for her master’s degree, hoping one day to become a counselor working with Latino immigrant children. 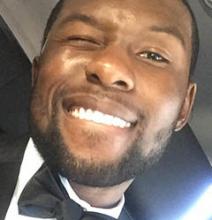 How did athletics and a theatre class take this UT Austin graduate (2012) to Hollywood? Trevante Rhodes, a former sprinter for the Texas men’s track team, landed the plum role of Chiron in Moonlight, Golden Globe’s Best Motion Picture of 2017.

While “the shark has pretty teeth, dear; and he shows them, pearly white,” UT Dallas Alumni Corey Egan (MBA 2010) and Swapnil Bora (MBA 2011) showed their inventive teeth during an episode of the popular ABC reality TV show “Shark Tank.” The two developed smartphone-controlled light bulbs for their company Ilumi. The lights can be programmed to “create a sunrise effect, romantic candlelight, or even a post Dallas Mavericks game celebration,” according to Egan. Entrepreneur and Dallas Mavericks owner Mark Cuban liked what he saw and ponied up a $350,000 investment. 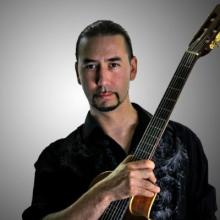 When filmmaker Robert Rodriguez wants music for his media productions – including “From Dusk Till Dawn” on El Rey Network – he often turns to Mark del Castillo, a 1994 graduate of UT Brownsville. Mark applied his music major to create the Latin rock band, Del Castillo, along with older brother Rick. A recipient of UT Brownsville's Distinguished Alumnus Award in 2010, Mark and the band continue to entertain U.S. and European audiences.

Stephanie Duncan, a 2006 graduate of the College of Nursing at the University of Texas Arlington, works as a nurse in Africa. See how an education at UT Arlington gave her the chance to live her dream.

Amirali “Amir” Rajan, a 2006 software engineering graduate from UT Dallas, is a firm believer that sometimes you have to quit your job to get ahead. He did just that in 2013. Living on a diet of “ramen and four-cheese Hot Pockets” for a year, Amir spent his “off” time creating an app version of the popular video game “A Dark Room” for IOS devices. Reaching a deal with programmer Michael Townsend, who created the viral video game, Amir witnessed his app explode from only 30 downloads per day, to as many as 20,000 downloads per day within five months. The app moved to #1 in U.K. and U.S. App Stores, and has ranked as one of the top 10 games in 17 countries.

Kayla Klein's dedication to pediatric public health and advocacy has been recognized with a $5,000 Phi Kappa Phi Fellowship. It is the third year in a row that a student or alumnus from UT Dallas has received a fellowship from the honor society. An alumna of the McDermott Scholars program, Kayla is currently pursuing her medical degree and Master’s degree at the University of Michigan Medical School and School of Public Health, respectively.

What do Cannonball Adderley, Charlie Parker, Ornette Coleman, and UT Arlington alumna Caroline Davis have in common? If you guessed alto saxophone, you are correct. But what is uncommon about this group is the fact that Caroline is a member of a very short list of female sax players. A double major in jazz and psychology, Caroline Davis has performed at the Chicago Jazz Festival, as well as a number of other venues in Chicago, New York City, and throughout the U.S. Caroline currently lives in New York City where she performs and teaches saxophone.